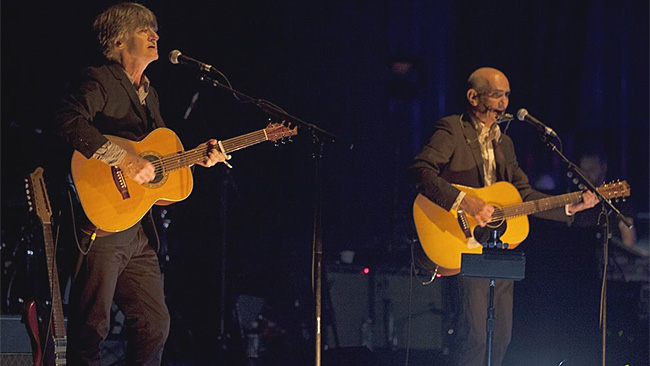 I was listening to the radio yesterday and heard Paul Kelly singing with Neil Finn an old Crowded House song Into Temptation – as a Crowded House fan,  it was a familiar tune, yet now somehow enhanced with Paul Kelly’s voice. These two major stars (& brands) of the Australian and NZ music scene had a lot of fun mixing it up with each other’s well known music – a truly rich co-branding exercise. Not surprisingly they’re releasing a boxed CD & DVD set. If you’re a fan of either it’s worth taking a look at their collaboration onstage via YouTube